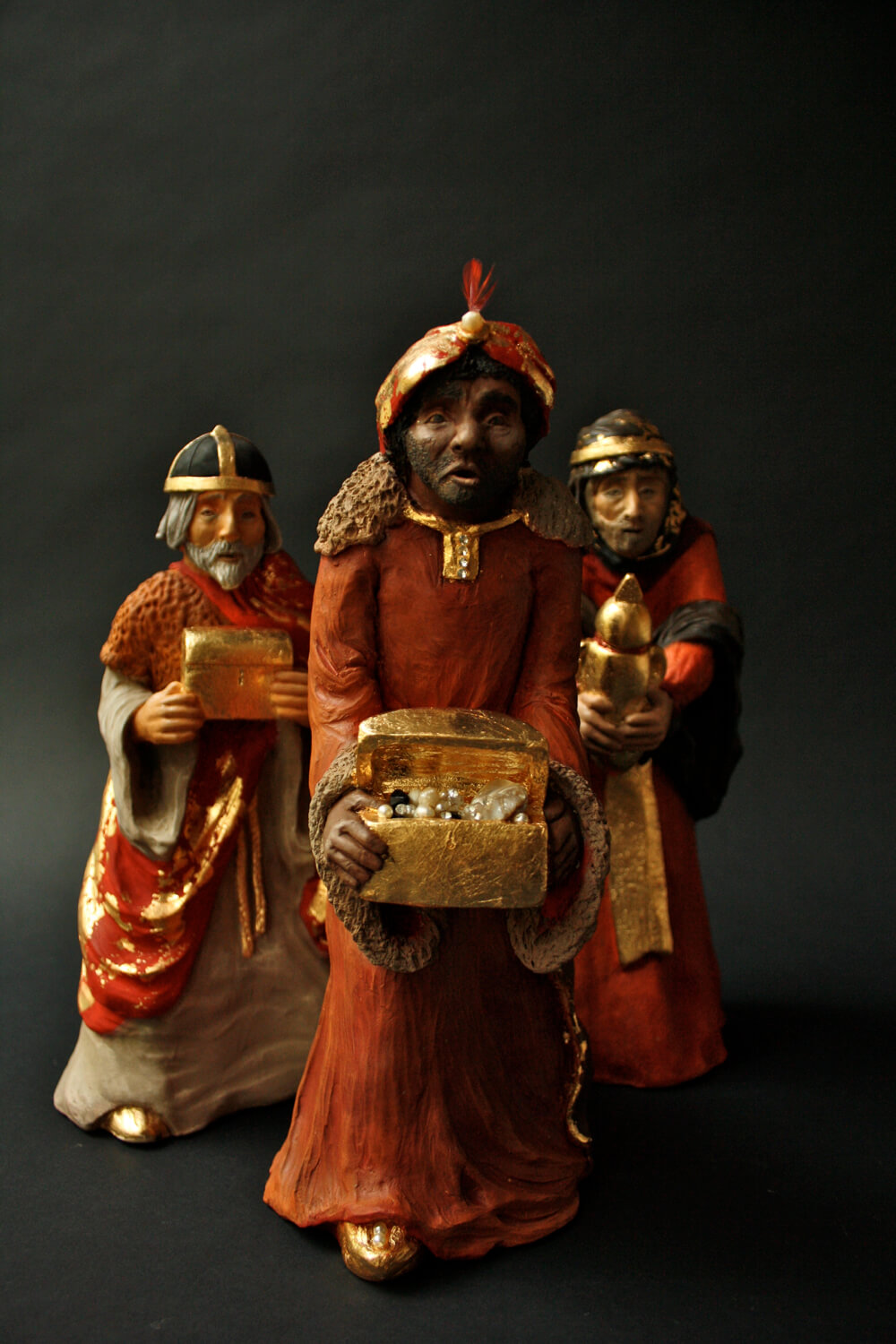 2011- On the behalf of of Årsta Church I was commissioned to make figurines to their Nativity scen . The first meeting took place in my studio at that time; Liljeholmen. Henrik Fergin that was the initiator of this project, was explaining to me that they wanted to create a place in the church, were they could sit and talk about the Nativity Scene and the events that took place in the bible. Present at the meeting was also the set designer Thor Svae that was hired to create the scenery of the Nativity Scene, both inside the church and outside in the public square. My job was to try to create something modern, that would go along withe the withe ”cube” church. My immediate answer to this was to not create something modern. Instead to dive in to the Catholic tradition of figuration. With a lot of details, colors and expression. In my point of view, they needed to not only ”catch” the attention of the viewer, but also keep it for a while to be able to talk about the stories in the bible. A tricky thing with small children that easily gets bored. So in the end we agreed to create
a very lively native scene. With many characters and a lot of expressions. It was a success. Every year since 2011 the church of Årsta is adding one or several new figure to the scen.

The figures are about 28 cm high in ceramics, painted with oil paint. 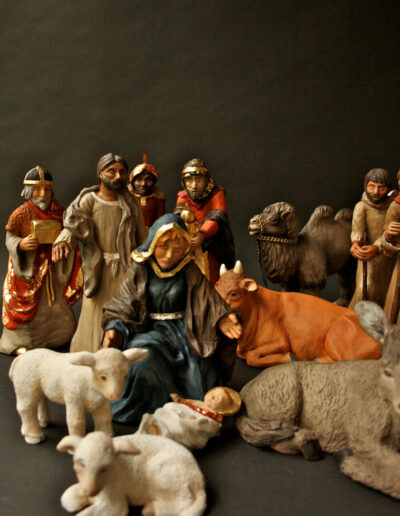 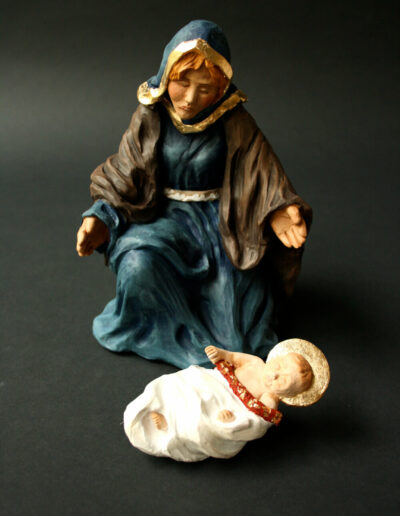 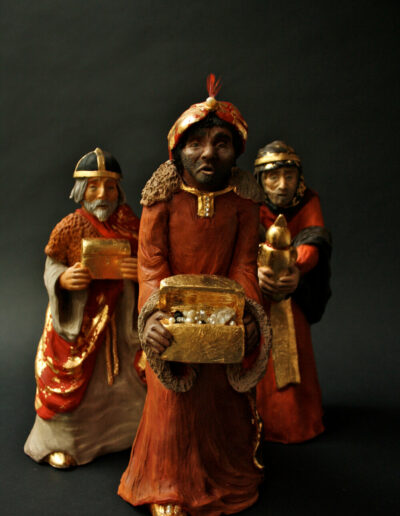